Dewfall, A Memoir of Suffering Love, a Novel 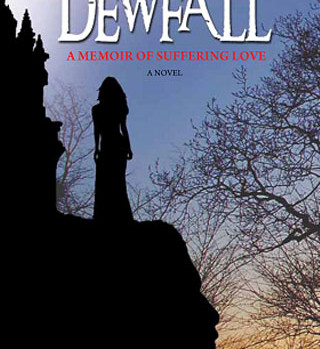 Dewfall is a story about a prince, named Devabrata, who made a journey to find the magical flower utpala or the blue lotus, which can cure all hatreds and bring back love to humanity. In his journey he met a beautiful princess Devi Amba and they both fell in love. He also helped a village woman who later would become a warrior, named Wulandari. She loved Devabrata, but gently he showed her that he already gave his promise to another woman. While Devabrata trained himself for the difficult task ahead, his enemy made a trick so that Dewi Amba, thinking that Devabrata no longer loved her, chose another Prince. Devabrata’s heart was broken when he learnt about this. He also found his stepmother hated him because he was the crowned prince. She wanted the child of her womb to become the next king. To show his respect to his father, who loved his stepmother, Devabrata renounced his right as the crowned prince by taking a celibate vow, which would prevent his descendants to make a claim to the throne.

What Dewfall is actually all about? It is about a spiritual journey of every human being to find happiness and the purpose of his or her life on earth.  Those are two things we want most as human beings: happiness and meaning. Dewfall will show us that the journey is unique to its individual as each one learns to see the spark of divinity in one’s soul.

B.B. Triatmoko, S.J. was born in Tanjung Balai Karimun, February 8, 1965. Since 1984 he became a member of the Society of Jesus. In 1991, he finished from Loyola School of Theology, Ateneo de Manila University, the Philippines, and then ordained as a priest by Julius Cardinal Darmaatmadja, S.J. on July 29, 1994. Now he works in St. Peter Canisius International Catholic Parish Priest